Bathed by the Mediterranean Sea

Ibiza is a small universe where the beaches, the most glamorous festivals and the latest musical trends coexist with stillness, the land and a heritage inherited from many centuries of tradition. Ibiza is authentic and natural, but also cosmopolitan and modern.

We present you some of the most outstanding points of our island. For more information visit www.descubreibiza.com 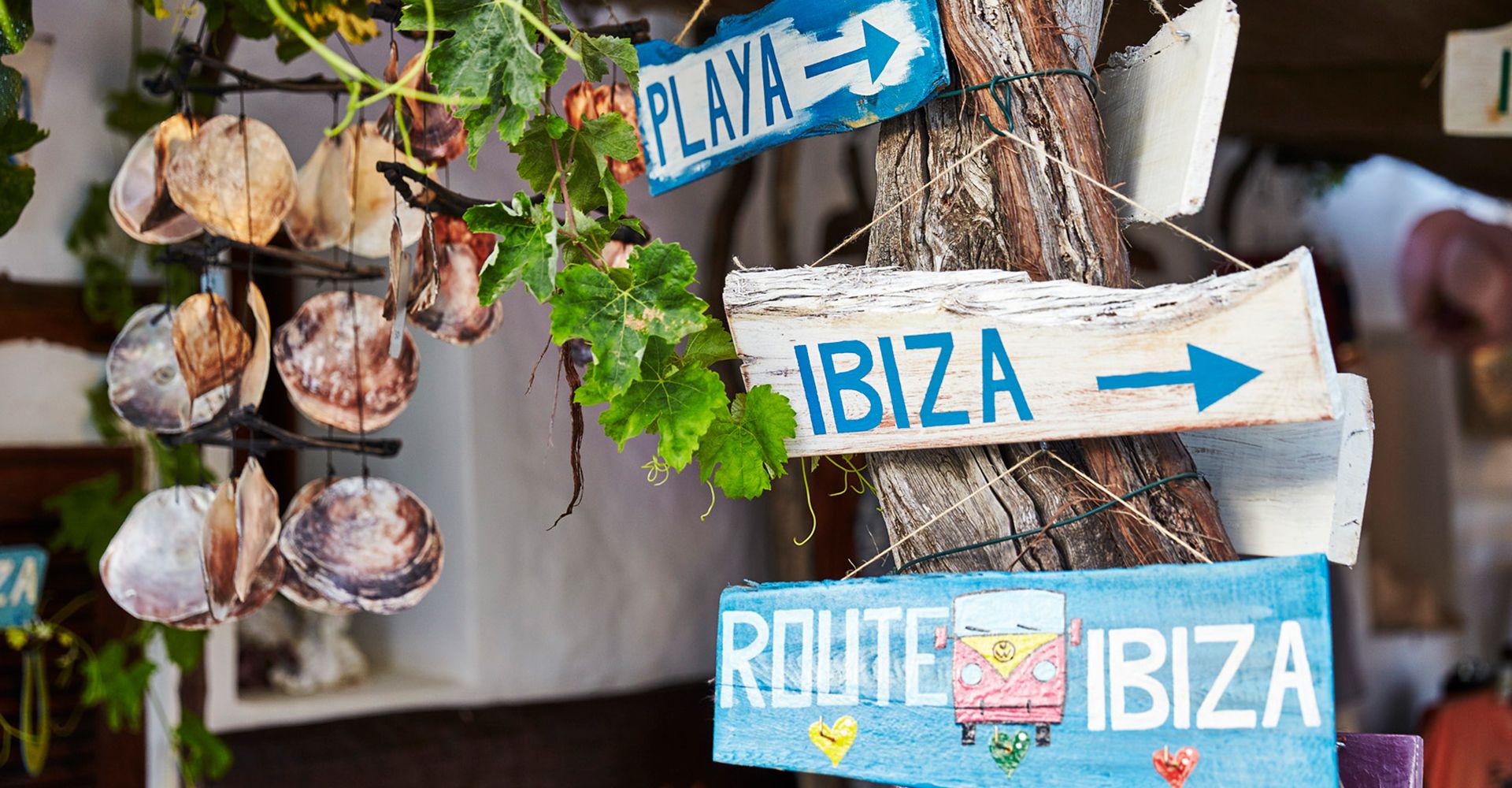 The capital city is in the municipal area of Ibiza. The walled old quarter is a World Heritage Site and is packed with alleyways and monuments, such as the castle and the cathedral. Other interesting places to see in Ibiza are the Archaeological Museum of Ibiza and Formentera, the Museum of Contemporary Art, the Madina Yabisa Interpretation Centre, the Diocesan Museum, the Puget Museum and the Puig des Molins Punic Necropolis.

Santa Eulària des Riu has a fascinating fortified church, Es Puig de Missa. The island's Ethnological Museum is in the same town, which also has a romantic seafront promenade, a yachting marina and a lovely Roman bridge. The municipal area includes picturesque villages such as Santa Gertrudis de Fruitera.

Sant Antoni is set in a beautiful west-facing bay and is one of the most famous places in Ibiza for watching sunsets. Towns like Sant Mateu, Santa Agnès and Sant Rafel reveal Ibiza’s charming interior, with its many vineyards and almond tree groves. The town of Sant Antoni has its own distinctive cultural heritage, with places like Sa Punta des Molí, an old mill.

On the north side of the island, the town of Sant Joan is set in some of Ibiza’s most unspoilt landscapes, dotted with quaint little villages. This town still preserves some ancient sites, such as the fortified church of Sant Miquel, the Balàfia settlement and the Punic sanctuary of Es Culleram, as well as stunningly pretty bays and inlets such as Portinatx and Sant Miquel, and the Es Amunts area of natural beauty.

Sant Josep is home to Ibiza’s two nature parks, Ses Salines and Cala d'Hort, plus some of the island’s most famous beaches and more secluded seaside spots like Sa Caleta and Porroig. The whitewashed churches around here are simply charming. The area also includes the Phoenician settlement of Sa Caleta and some of the most remarkable watchtowers on the Ibiza coastline.

Ibiza’s countryside is certainly its greatest attraction. Covering an area of 572 square kilometres, the island has more than 18 kilometres of natural sandy beaches bathed by crystal clear waters, offering endless places for swimming and relaxing on beaches equipped with a huge range of services and different atmospheres.

The island’s beaches are absolutely beautiful, with clear, turquoise waters. The transparency of the seas around Ibiza is due to the meadows of Posidonia Oceanica (otherwise known as Neptune grass), a UNESCO World Heritage Site. Their ecological and environmental value is enhanced by the remains of ancient civilisations to be found nearby, like the Phoenician settlement of Sa Caleta and the old watchtowers that stand along the entire coastline. Plus, you can practice all kinds of water sports on most of the beaches. 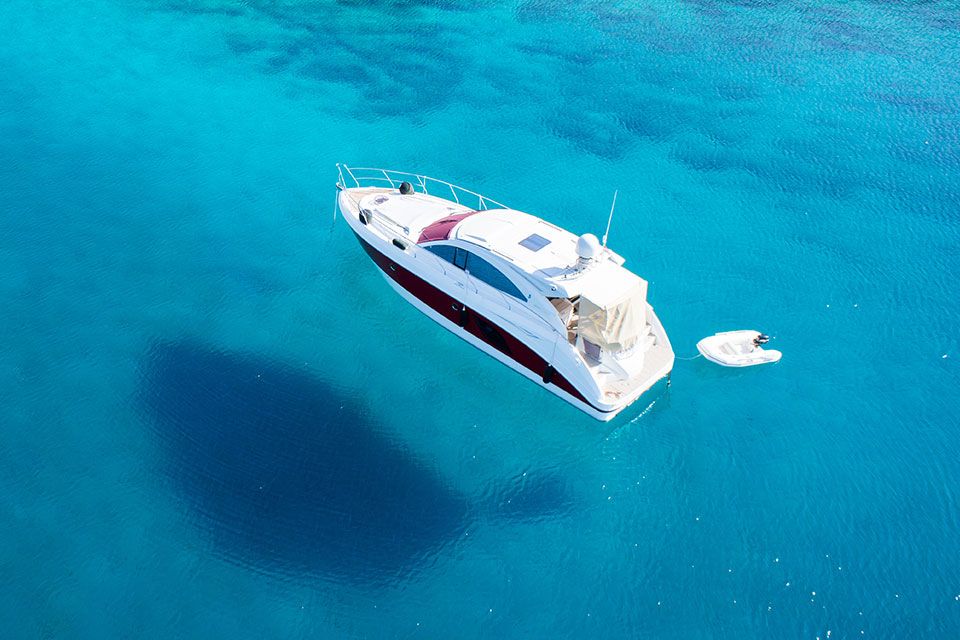 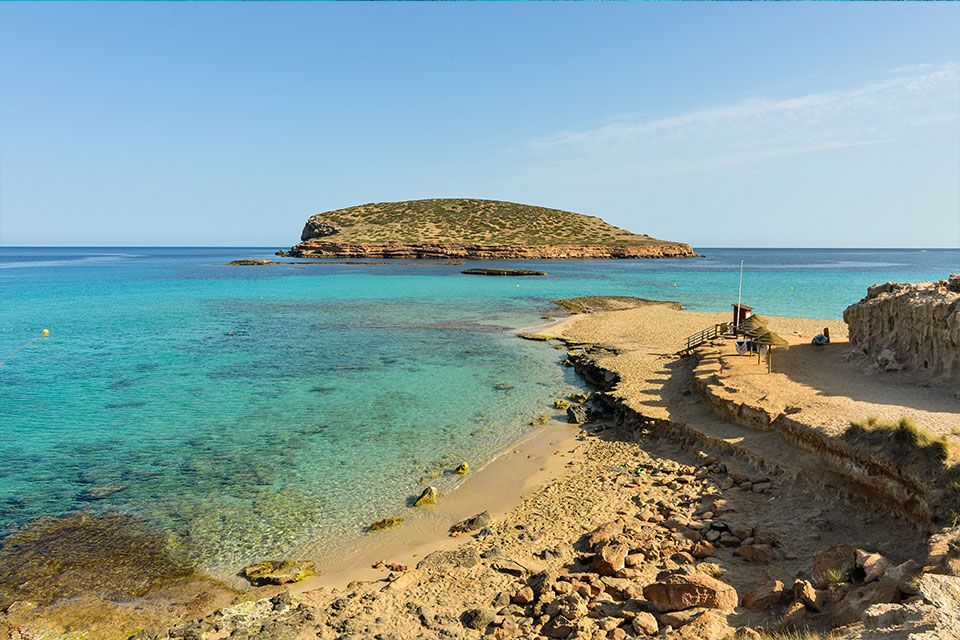 The trendiest of the islands, Ibiza has been setting the pace for many years and its nightlife is famous all over the world with discos, bars, restaurants and beach clubs reinventing themselves year after year in a mix of originality and fantasy. The best clubs and DJs on the planet are to be found here, alongside the biggest and most innovative clubs and discos.

Tourists are also attracted by shopping and Ibiza certainly has a lot to offer in this area. Many of the island’s visitors are amazed when they discover Ibiza Adlib fashion, which you can find both in shopping centres and in the many street markets, which are heaven for bargain hunters. Don’t miss the market of Las Dalias, held every Saturday all through the year.

There are also a large number of companies operating in the health and wellness sector, offering relaxation for both body and mind. Why not try one of the spa complexes and spa hotels offering a wide range of treatments. 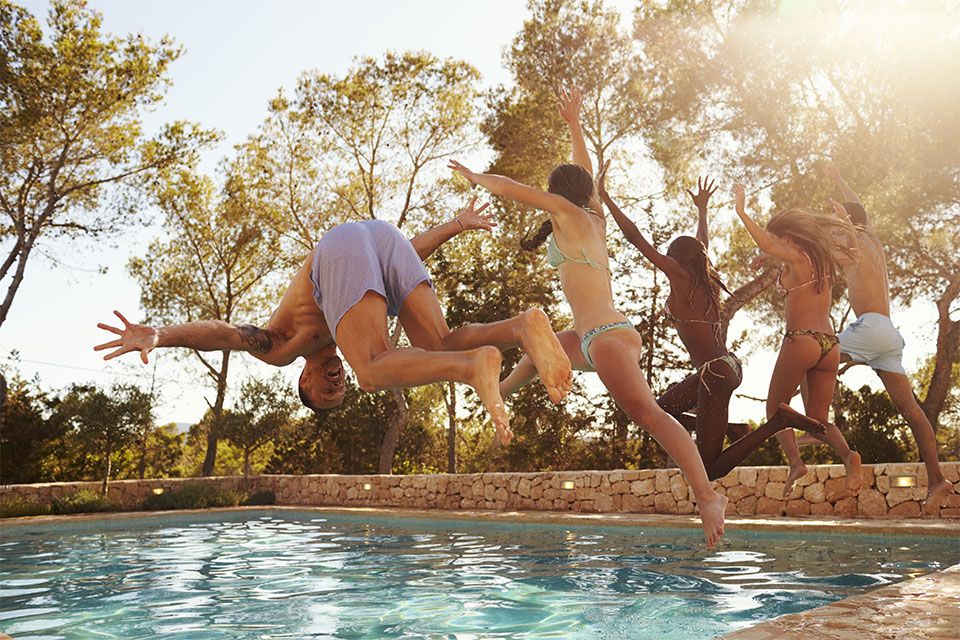 Ibiza’s cuisine features an array of rice dishes, poultry and lamb, stews, oven-baked fish, cakes and pastries... The island has an enormous variety of excellent quality restaurants serving fresh, natural produce such as fish and shellfish or traditional fare such as seafood rice and bullit de peix (fish stew). Ibiza’s gastronomy also has a wealth of meat dishes, including arròs de matances (traditionally made during the pig slaughter), frita de porc (fried pork with potatoes, mushrooms and peppers) and sofrit pagès (a country-style dish with gently spiced pork, lamb, chicken and local sausages). Ibiza also has a range of wonderful cakes and pastries. Typical desserts are flaó, a delicious cake made using goat and sheep’s cheese plus mint, greixonera (a pudding based on ensaimada, a pastry local to the Balearic islands, plus milk and egg) and orelletes (little ear-shaped cookies) traditionally served at social gatherings. 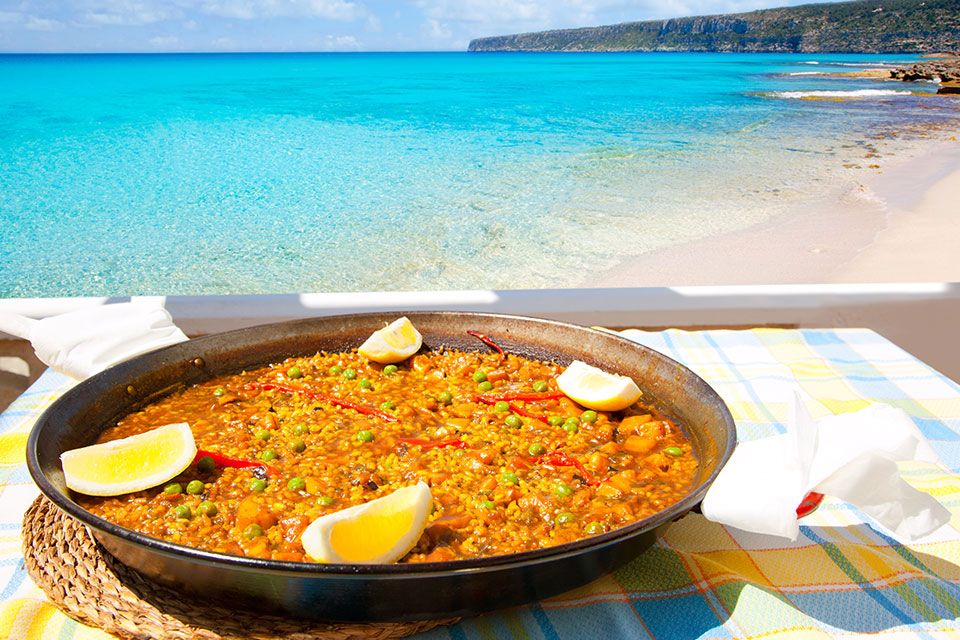